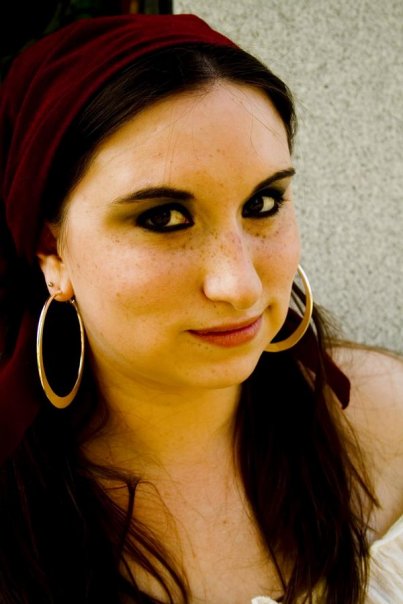 Megan Mattingly-Arthur is a freelance journalist who has been writing professionally since 1998. She's written for publications such as the Houston Chronicle, the San Francisco Chronicle, U-T San Diego and the Tampa Tribune. Her work also appears in South Carolina's premier lifestyle magazine, Hilton Head Monthly, and in the book, The Young Writer's Guide to Getting Published. Megan has specific expertise in travel and board games, and also writes on a wide variety of other topics, including health and wellness, business, news and real estate.

Megan is a longtime travel enthusiast who has traveled extensively throughout the United States and the United Kingdom and she is currently studying travel and tourism through Penn Foster Career School. Of the many cities she has visited, Cincinnati, Ohio; Seattle, Washington; Portland, Oregon; London, England and Dublin, Ireland are her favorites. With her extensive travel knowledge, she's the first person people in her social circle call when they're looking for advice on finding great travel deals or fun things to do at their destination.

Visiting theme parks is one of Megan's favorite things to do when traveling. She's visited parks all across the United States, including:

Whether it's information on the latest, greatest thrill rides or advice on surviving a long day at a theme park, Megan has it.

Cruises are another of Megan's travel specialties. She has a knack for matching travelers with cruises that meet their needs, whether they want to travel all around the world by luxury cruise liner or find a great deal on a cruise that stops at unusual ports of call.

Megan has been a board game fanatic for as long as she can remember. Along with her husband, she evaluates board games for a large online retailer. She'll play anything at least once, but generally prefers cooperative games to those in which players get ahead by sabotaging one another.

Megan's favorite board games include classics like Clue, Mouse Trap, Scrabble and The Settlers of Cattan, as well as lesser-known games, such as Elder Sign, Red Dragon Inn and Pathfinder: Rise of the Rune Lords. She also enjoys mystery puzzles and card games.

When she's not busy writing, Megan enjoys reading - often about writing - as well as cooking gourmet meals for friends and family, hosting murder mystery dinners and spending time with her husband, Ty. If you'd like to connect with her, visit her profile on LinkedIn.

Most Recent Contributions by Megan Mattingly-Arthur

Big Sky Resort is a top-notch ski and snowboard destination in Montana that's known for its excellent slopes, small crowds, and proximity to ... Read More

Planning a spring break vacation on a budget can seem like a herculean task, but it's not impossible if you know about some fun and inexpens ... Read More

When the time spent off the slopes is just as important as the skiing itself, there's absolutely no substitution for staying in a luxury res ... Read More

Nestled in the foothills of Utah's gorgeous Wasatch Mountains, the Zermatt Utah is a AAA Four Diamond adventure resort and spa that boasts e ... Read More