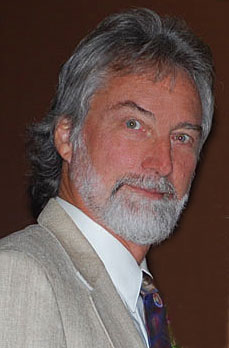 Frank Ross is a freelance writer with over 30 years' experience working for major daily newspapers, magazines, and online publications. Add to that a lifetime of camping, hiking, canoeing, kayaking, fishing, backpacking, skiing and hunting, and it's easy to see he brings a wealth of experience and knowledge to the keyboard.

Frank has pursued outdoor activities in almost every state in the union, plus:

Frank's enthusiasm for camping spans the gamut from RVs and Trailers to tent and makeshift bivouacs in mountainous terrain.

From his years of experience comes a personal philosophy of minimalism without going too crazy, and loading the wagon for family trips where comfort is a greater concern. He maintains everyone must enjoy the experience on family outings. To that end he has mastered planning, preparation and performance; the three Ps that are a prerequisite to getting a commitment on a second camping trip.

Gear is another critical factor when it comes to dealing with the elements. Frank spent 13 years working for Nebraska-based Cabela's, the World's Foremost Outfitter of Fishing, Hunting, and Outdoor Gear. The latter seven years he was the Content Managing Editor for cabelas.com, a position that required field testing all types of outdoor gear and preparing buyer's guides for every product line from boots, clothing, tents and backpacks to GPS and emergency gear.

After covering the Alaskan Iditarod for five years, Frank is also very learned in the art of survival under very harsh conditions.

Frank grew up on water skis, living on a lake in central Florida, and snow skiing was a major interest once he moved his family west to live within a short drive to the Rocky and Snowy Mountain ranges. With his children in tow, they skied numerous slopes on the eastern side of the Rockies in Colorado and Snowy Range west of Laramie.

With a large family, finding economical options and discounts was mandatory. Frank is eager to share his secrets for finding the best deals on lift tickets, lodging and gear. Since he's a gear-head by nature, you'll get a heavy dose of factors to consider before making your next equipment upgrade. Even when money is not an object, separating the truth and value in new technology from the onslaught of marketing hype is a daunting task. That's just the kind of challenge Frank enjoys, almost as much as busting through fresh powder.

Keep Up With Frank Ross

Frank leads an adventurous life. You can keep up with him by connecting on LinkedIn.

Most Recent Contributions by Frank Ross

When you're spending time in the great outdoors, convenience and simplicity of meal preparation are two important elements of being a happy ... Read More

Wheel chocks are a mandatory accessory for stabilizing dual axle RVs for an overnight stay. Wheel chocks lock both wheels together and keep ... Read More

How to Choose the Right RV Toy Hauler for You

Toy Haulers come in different sizes and types. The right model for you depends on a number of variables that will have a significant impact ... Read More

Myrtle Beach Campgrounds and Picking the Best for You

Myrtle Beach, South Carolina is one of the most popular vacation spots on the Atlantic coastline, and camping at an ocean side campground is ... Read More

There are several great ski resorts near Colorado Springs, Colorado. Most are a little over 100 miles from the city, which makes it easy to ... Read More