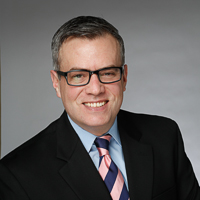 Tor Constantino is a communications professional with more than 25 years combined experience as a former journalist and current public relations executive. Early in his career he worked as a general assignment reporter and news anchor for more than a dozen national and regional media outlets including CBS Radio, Clear Channel Communications as well as ABC, CBS and NBC television affiliates.

While working as a corporate communications executive for the past 15 years of his career, Tor has reported directly to five different CEOs at a variety of Fortune 500 companies including:

He holds an M.B.A. degree in Management from Rochester Institute of Technology as well as a Bachelor’s degree in Journalism from Syracuse University. He has also been a frequent guest lecturer and college-level business communications instructor.

In his spare time, he’s a contributing editor for Soundview executive book summaries, and he is also a weekly contributor to Entrepreneur and a regular contributor to career advice site TheMuse.com. His writing has appeared on several major media outlets including:

Tor's opinions and insights are his own and do not necessarily represent those of his current employer.

Tor is also an Amazon best-selling author of three books, including Media Relations: Insider Insights from an Ex-Journalist. If you'd like to connect him, visit his profile on LinkedIn.

Most Recent Contributions by Tor Constantino

Many companies are seeking to help their employees develop better leadership skills as a way for those organizations to ensure long-term via ... Read More