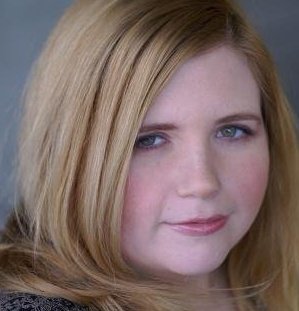 Robin Raven is a travel journalist and author. As a freelance writer and editor with over a decade of experience contributing to magazines, newspapers, books, and websites, she has a passion for sharing news and views. While Robin has written articles on dozens of topics, she has specific expertise in travel, dance, vegetarian living, vegan nutrition, travel, movies, theater, teen issues, scrapbooking, and charity.

As an experienced travel journalist, Robin loves exploring , meeting new animals (human and otherwise), and trying vegan cuisine around the world. She wrote Everywhere You Look: A Full House Fan Explores San Francisco Landmarks from the Show for Paste Magazine. She contributed a variety of travel articles to USAToday.com, including China Travel for Kids, Grants for Traveling, and Magic Kingdom Tips.

Robin has also written on travel for VegNews Magazine, One Green Planet and Plant Based News. She has a regular travel column in Vegan Health & Fitness Magazine. She also regularly writes on travel for magazines Plant Based and Vegan Life. She covers family travel for Parents & Kids.

As a movie buff who started working in show business in her teens, Robin loves the cinema on multiple levels. She was a dual major in writing and film directing in college, so she has studied the history of film extensively as well as the process of filmmaking. As an actress, she has studied with her mentor, Susan Batson, as well as Greg Braun and Corey Parker. She first appeared in a feature film as Dana in The Third Nail which stars Huntley Ritter, Charles Dutton, and Chloe Moretz. She has appeared in television shows like The Education of Max Bickford.

In addition to working in Hollywood, Robin is simply a lifelong film fan, and she has written about motion pictures for a vast array of publications, including on the official websites of Melissa Gilbert and James Cameron's Avatar.

Robin became a vegetarian when she was a kid for ethical reasons; she has felt a lifelong adoration and respect for animals. She has enjoyed writing about all aspects of vegetarian living for publications like Act•ionLine for Friends of Animals, and The Nest. Her children's book, Santa's First Vegan Christmas which was praised by actress Alicia Silverstone, celebrates being kinder to all.

Robin tends to see both sides of some vegetarian issues, and she loves to explore vegan philosophy. Whenever anyone is interested in the vegan lifestyle, she is happy to give advice and answer questions about how to make this choice as easy, convenient, and fun as possible.

Since Robin first put on her ballet slippers at the age of three, she has been awed by the world of dance. From her first recital where she dressed as a bluebird to her professional performances, she aims to improve with each twist, tap, and leap. She has danced on stage and for television shows like the 1990s version of The Mickey Mouse Club. In addition to performing as a dancer, she has taught the art to others.

Robin has a deep, abiding interest in moral philosophy as well as many years of experience working and volunteering with non-profit organizations. She worked in the past as the social media manager for The Life You Can Save. She has written extensively on many aspects of volunteering, donating, and working in the non-profit sector. She stays current in the field by continuing to research it and volunteer for multiple organizations. She believes that it's important to do little things that can make a big difference in lives, such as regularly donating blood, and she loves to talk to others about altruism.

As a former teacher, Robin worked with teenagers in addition to writing for them. Her own teenage years were challenging, and she has a lot of empathy for teens, which makes writing for them come rather naturally. From sharing practical advice for common dilemmas to covering teen entertainment, she always respects her teen readers.

Most Recent Contributions by Robin Raven

Graduation dresses for middle school girls are abundant in department stores and online clothing retailers. As your daughter makes way to he ... Read More

Over the years disco dance steps have gone from being simple, improvised moves on a club dance floor to highly competitive, judged performan ... Read More

How Much Protein Is in a Banana?

According to the United States Department of Agriculture, there are approximately 1.3 grams of protein in one medium-sized yellow or green b ... Read More

Toys for Tots serves families in need by giving new toys to children during the holidays with the hope that this act will help empower kids ... Read More

Belle is the heroine of Disney's beloved, Oscar-winning animated film Beauty and the Beast. At 17 years old, she is a strong young woman who ... Read More