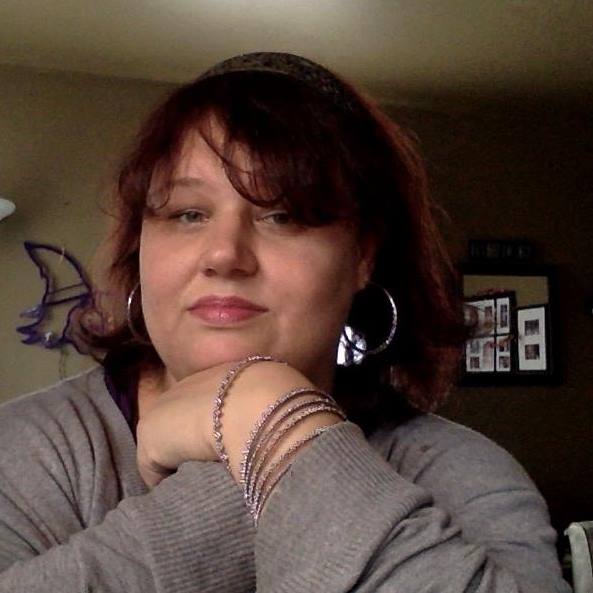 Colleen Vanderlinden has never been all that great at zeroing in on just one thing, which is why she's thrilled to be a staff writer for Love to Know, where she can write about her passions. Gardening, green living, nature and outdoors, witchcraft, poetry, novel writing, herb growing, flower farming, herbal remedies, soap making... she's done all of these things and many others, and her natural curiosity has allowed her to share the things she's learned with others. She's published hundreds of articles and blog posts in various online media, as well as in national and regional magazines. A homeschooling mother of four, she lives in beautiful northern Michgan with her family and an ever-growing menagerie of pets.

Colleen has gardened in everything from a tiny borrowed plot, to an indoor food garden, to her current rolling nine acres. While her first love is edible gardening (she's even had two books published on the topic: Edible Gardening for the Midwest and Vegetable Gardening for the Midwest, both published by Lone Pine Publishing), she's been focusing more on herb growing during the past few years, which has led to a new avenue to explore: making herbal teas and other treatments.

Also in the works: she'd love to open a flower farm on her land in the next few years. Because flowers are happiness.

She's also a practicing green witch, with a focus on herbalism. This works very well with her gardening obsession, and gives her an even stronger tie to both her garden and her land in general.

Colleen has published forty novels in the past eight years, mostly under her own name, but under several pen names as well. She's written urban fantasy, paranormal romance, fantasy romance, science fiction romance, and superhero fiction. Under her pen name, Ella Linden, she's also written contemporary romance. One of her Ella Linden novels, Lost with You, won the Best Indie Contemporary Romance  award from RT Book Reviews in 2017. She was also nominated for several books in her Hidden and Copper Falls series. She continues to write fiction, currently working on an epic fantasy romance trilogy.

Colleen is an amateur birder, and also frequently forages wild edibles in the woods near her home. She finds joy in creating and keeping nature journals, and has recently started learning to paint with watercolors to enhance her journals.

At one point, Colleen was sure she wanted to be an elementary school teacher, but her student teaching experience made it clear that she wasn't meant for the classroom, and she majored in English instead. But, when her oldest daughter was born, and then three more children in the next six years, she felt called to homeschool, and has been doing so for 16 years.

Colleen is active on Instagram and Twitter. Expect garden and chicken photos, as well as random posts about birds, romance novels, and superheroes.

Most Recent Contributions by Colleen Vanderlinden

There are several hundred varieties of oak trees, which are members of the genus Quercus. These majestic trees are primarily native to the n ... Read More

How to Help the Elephant Ear Plant Thrive

Kabbalah Numerology Breakdown: How Does It Work?

Kabbalah numerology is a way to determine your inner purpose and life path. Using your given name, you match up the letters with the traditi ... Read More

Native Plants & Their Benefits in Your Garden

Native plants are those grasses, perennials, annuals, vines, trees, and shrubs that are found naturally in your region. These are the plants ... Read More

Types of Christmas Trees: Find the Most Festive One

If you love the tradition of finding and maintaining a real Christmas tree, there are several options for which type of Christmas tree might ... Read More