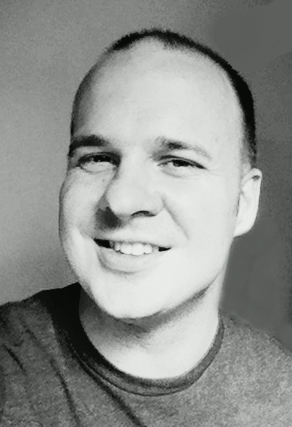 Kevin Ott is a freelance writer with over a decade of experience writing for a wide range of publications. He is the author of a non-fiction book released by publishing house BroadStreet Publishing in November 2016, called Shadowlands and Songs of Light: An Epic Journey into Joy and Healing, which explores common ground between the band U2 and the author C. S. Lewis. Kevin has written articles on many topics with specific expertise in music, guitar, and college.

Kevin earned his B.A. in Music Composition at the College of Creative Studies, University of California, Santa Barbara in 2003. He is an expert on the theory, notation, history, orchestration, and composition methods of music. He has composed numerous works, including symphonies, chamber pieces, and solo works for classical guitar. While earning his degree at UC Santa Barbara, he also studied sound engineering under the legendary computer music guru Curtis Roads.

With over 23 years of experience, Kevin is a guitar professional. Initially trained as a classical guitarist, he expanded his styles to include jazz, rock, funk, and gospel and has performed professionally in a variety of venues in the United States and internationally. He also plays bass guitar and has professional performance experience in jazz and rock. He has also had touring experience as a professional musician, including a national tour with indie rock band Biblioteca.

With experience in a variety of institutions from public universities to trade schools to private four-year colleges, Kevin has been actively involved in college campus life since 1999. In addition to attending a four-year university as a student, Kevin has worked in college administration for over ten years with an emphasis on financial aid. He is an expert on all matters concerning college financial aid, including scholarships, loans, the FAFSA, and the federal regulation that governs higher education.

As a staff member actively engaged in student life, he has volunteered in a wide range of student projects, including photo shoots, films, and academic events. He co-founded a literary society with students and faculty, helped organize campus-wide literary events, and spoke as a guest lecturer on the life and works of C.S. Lewis, the author of The Chronicles of Narnia.

Visit Kevin on his blog Stabs of Joy, or entertainment website Rocking God's House, where he writes regularly about music topics.

Most Recent Contributions by Kevin Ott

15 Best Songs You Hear at Every Bar

It can take a few years for songs to build a reputation as a classic bar tune, but once they reach that privileged hall of fame, it's cement ... Read More

16 Fun Songs With Dance Steps in the Lyrics

If you need to add life to a party or you just need to blow off some steam after a long day at work, just break out some songs with dance st ... Read More

How to Make Friends in College

The prospect of building friendships in college can be more intimidating than it was in high school. However, if you focus on your strengths ... Read More

Writing a Press Release for Your Book

Writing a press release for your book combines a number of crucial skills you'll need to promote your book for the life of its publication. ... Read More