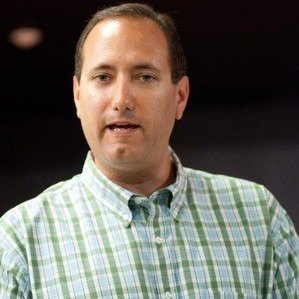 Jim Josselyn is a journalist, freelance writer, music instructor and professional musician. He has written on a variety of topics and his main areas of expertise are guitar, music composition, and music instruction.

Jim's first article contribution was in 1992 when he wrote a transcription and analysis of a Pat Martino guitar solo for DownBeat Magazine. Jim went on to write three more articles for DownBeat, including transcriptions of guitarist John Scofield, trumpeter Miles Davis, and an educational piece on harmony for composers. Among his many credits are educational articles and reviews for:

In 1998 Jim wrote a transcription book on the music of guitarist Joe Pass for the Hal Leonard Publishing Corporation.

Jim's journey in music started in an unusual place; on a day trip to Nogales, Mexico, with family friends from Scottsdale Arizona, when Jim was 11 years old. Guitars seemed to be everywhere, and after much pestering, Jim's mom bought him the toy; a beaten up old acoustic guitar with the strings practically falling off.

Upon returning home to New Jersey, Jim registered for music lessons and the guitar soon became his favorite toy. A few months into the lessons Jim's assignment was Twinkle, Twinkle, Little Star, and he realized if he practiced hard enough he could play it correctly. That was extremely important to Jim and made his parents very proud.

An Introduction to Jimi Hendrix's Music

A short time later, a neighborhood friend took the chance of sneaking Jim into his older brother's bedroom to share absolutely off limits Jimi Hendrix records! After hearing the virtuoso guitarist for the first time, Jim's life was changed forever.

Jim went on to pursue music professionally and achieved his Master's degree in Music Performance from the Aaron Copland School of Music in 1998. The list of amazing musicians Jim has studied with includes:

One of the biggest highlights of Jim's performance career was a night at Lincoln Center in 1998 celebrating the career of Jimmy Heath with an all star band featuring Wynton Marsalis, Lew Soloff, Mike Mossman and others.

After studying with Ted Dunbar at the Mason Gross School of the Arts at Rutgers University for four years, Jim realized his greatest passion was composing music. In 2006, after a five year crash course in computer based home recording from one of his top students and master musician Jason Mattia, Jim began to license his original music to television, advertising and film. To date, his music has appeared in over forty television shows including:

Jim started teaching his first guitar lessons at age 19. He realized immediately he had a passion for sharing music with students and in 2003, after teaching for private schools and two colleges, he rented commercial space and opened his own music school in New Jersey. Through trial and error, hard work, and with the help of business consultant Sam Beckford and self-help and motivational guru Steve Chandler, Jim built the teaching business. When he started, he was the only teacher, teaching some fifty to sixty private students. The School of Music and Drama now has a front desk staff, ten teachers, and continues to be successful.

Jim has also advised and been a consultant for several companies such as Master Strap Guitar Straps and Best Music Stuff.

If you'd like to learn more about Jim, the School of Music and Drama, or any of his other endeavors, you can connect with him via LinkedIn.

Most Recent Contributions by Jim Josselyn

Acoustic fingerstyle guitar music is a delightful, warm, natural, and uncluttered sound. There are a number of techniques inherent to the st ... Read More

Bass guitarists need free and well-written tablature, too! A classical piece, a holiday favorite, and a 90's rock song are a great place to ... Read More

The more you know about any given subject the better you understand it, and in the case of playing music, the more you can learn, faster. Le ... Read More

Studies show about 10 percent of the world is left-handed and being left-handed may cause you to think "differently." Thankfully, guitar gre ... Read More

America's national anthem, like a number of American patriotic songs, started out as a British song. Set to the music of a popular English d ... Read More